It was a sultry summer day, not very hot, but humid. There was a decadent end of summer feel even though it was only towards the end of July. I decided that August would be a herald of autumn rather than a glorious finish to the season, and so it was necessary to make the best of it, dress light and step out with determination along the languid maze of lanes that thread the countryside to the west of the great spine of the Malverns. Beyond that tawny ridge to the east I knew there are motorways, cities and the hundred million distractions of modern life. But here, west of that sheltering spine, just silence apart from what Heaney so memorably called ‘the distant gargling of tractors’. On the verges the thresh of bleached grasses is soaked in dew, there is a sense of rot about to happen, but for now the air is damp but cool and the lanes are empty and inviting. The sky is a mix of clouds and clarity. Sometimes for half an hour it appears to be going to cloud up completely and looks ominous, but the next moment the vapours dissolve and the sky goddess is back in her glory… 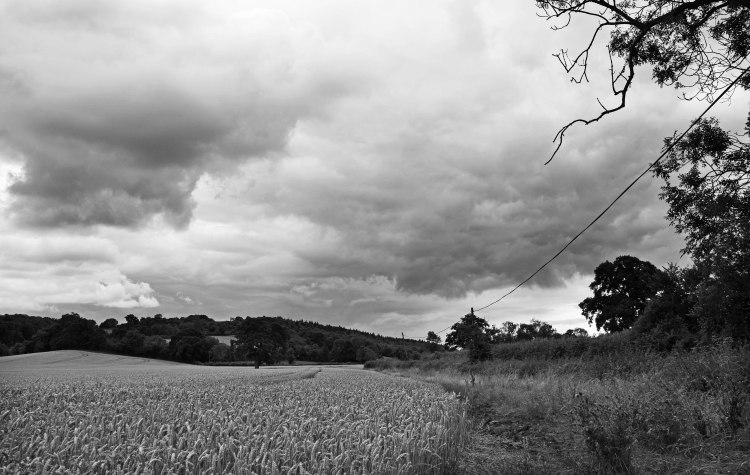 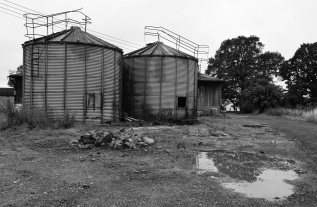 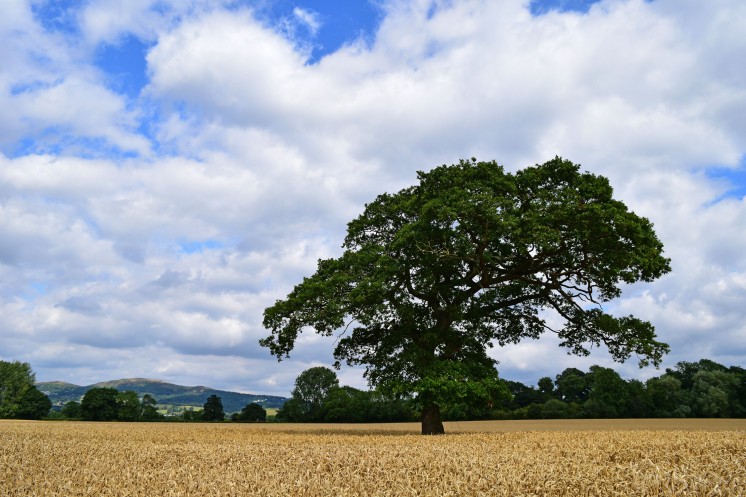 Soon I am on a footpath that brags its way across a cornfield in contempt of the wheel lines left by the seed spreader. In the middle of the field a great old oak, senescent and sturdy. I pay my respects. Herefordshire has as many hedge oaks and field oaks as Norfolk. In fact I think of the county as ‘Norfolk with hills’. There are as many tiny lanes going nowhere, as many small fields with marshy, coppiced corners. But hereabouts many of the oaks have given up the fight: 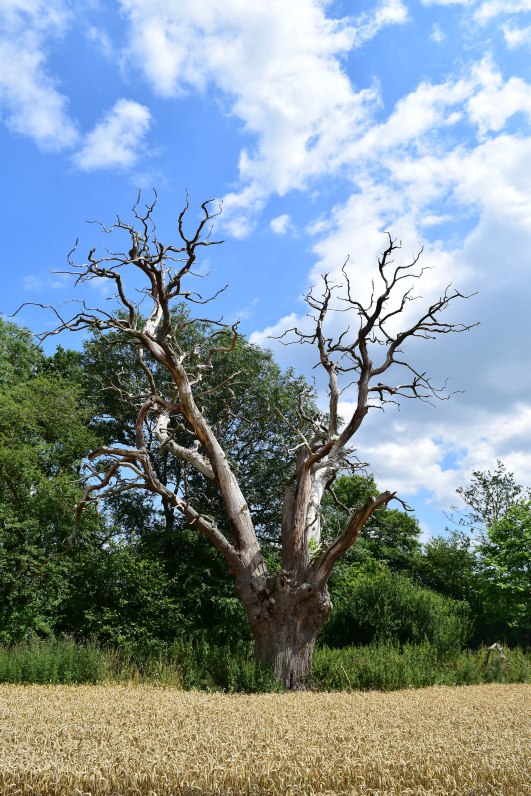 So I pay sad salutation to this one too, and wish the scientists well in their quest to find out ‘what is wrong with the English oak…’ Very likely it will turn out to be human greed at the root of it, though one must not forget that nature herself periodically unleashes devastating foes on her most noble flora. There have been many natural culls of elms due to beetles, over the millennia, before the one that we all remember.

Now back to the road and as I approach Colwall simple cottages start to appear by the road side. The old houses of Herefordshire are usually of timber frame construction and some of them are fifteenth century or earlier. Thanks no doubt to the longevity of oak timber. They harmonise with the landscape as if they had grown out of it, and greet you like old friends as they appear round a turn in the lane. This one was so wayward and crooked that the overused word quaint seemed to be the only appropriate description: 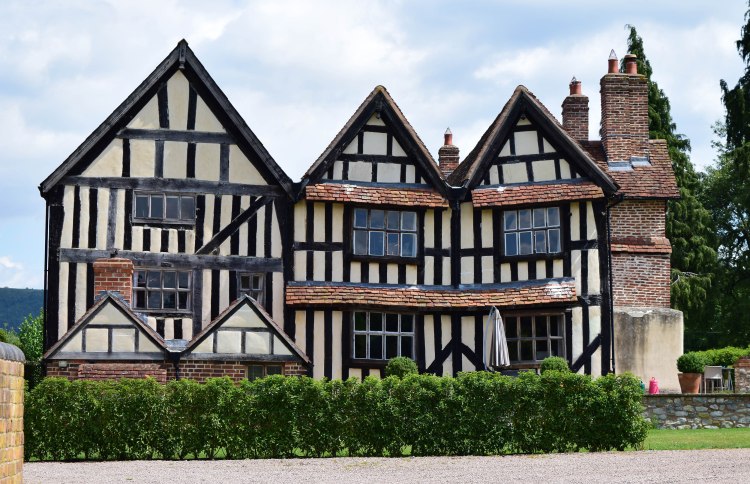 The huge brick chimney breast with its down separate roof is also to be noted. No doubt many hogs caught in the woods nearby were roasted there in ages past.

Now Colwall church comes into view, which is also quaint, or something similar, with its tower tucked into a corner at the meeting of nave and South aisle, and a victorian gas lamp by the porch, leaning over somewhat: 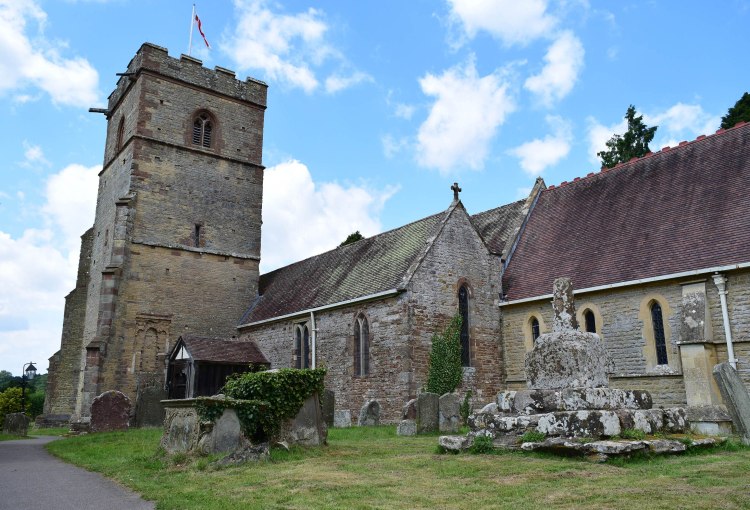 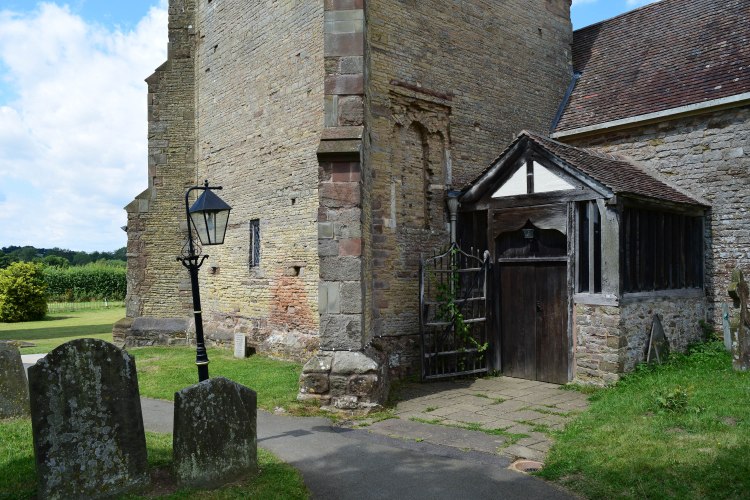 There is a topless preaching cross, the stub of religion still remaining, and the porch too is tucked into a corner. Just by the porch a wonderful thing, the former gate, in beautifully weathered ancient woodwork, has been left as a trellice for vines: 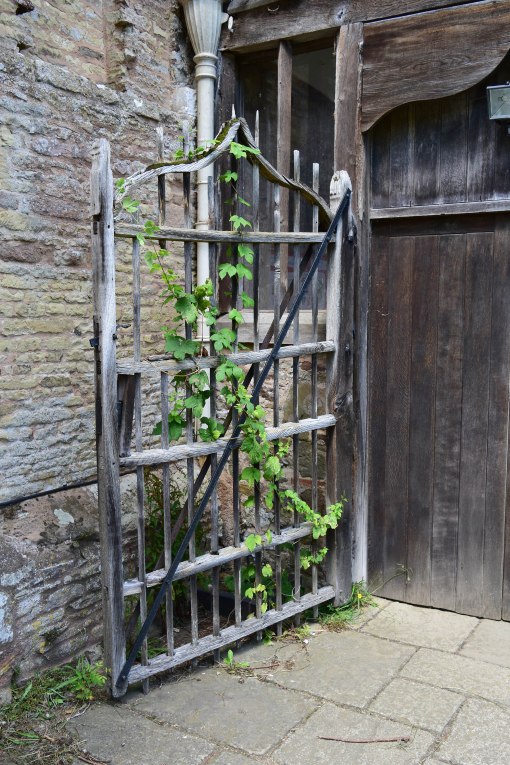 Another fascinating relic stands at the back of the church yard. A sixteenth century ale hall. Now available for weddings the sign says. And what better place for a wedding could there be… in fact why bother with the church at all…! Did all Herefordshire church yards have an ale hall next to them at one time I wonder? Hopefully many of them did. 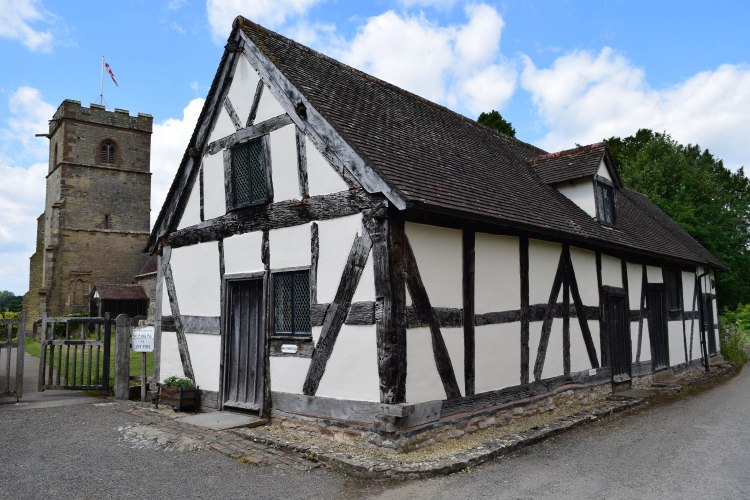 Passing through old Colwall I now reach Colwall stone, which is a victorian tourist settlement by the railway. Its claim to fame is a medium size glacial erratic which sits in the middle of the main junction, hence the name. I pass swiftly onwards and come to the railway, where the footpath goes underneath via a dingy brick tunnel. Footpaths under railways have a special glamour, one looks though the archway and sees the country  beyond framed with mossy bricks like a vision of some faery land beyond the mundane: 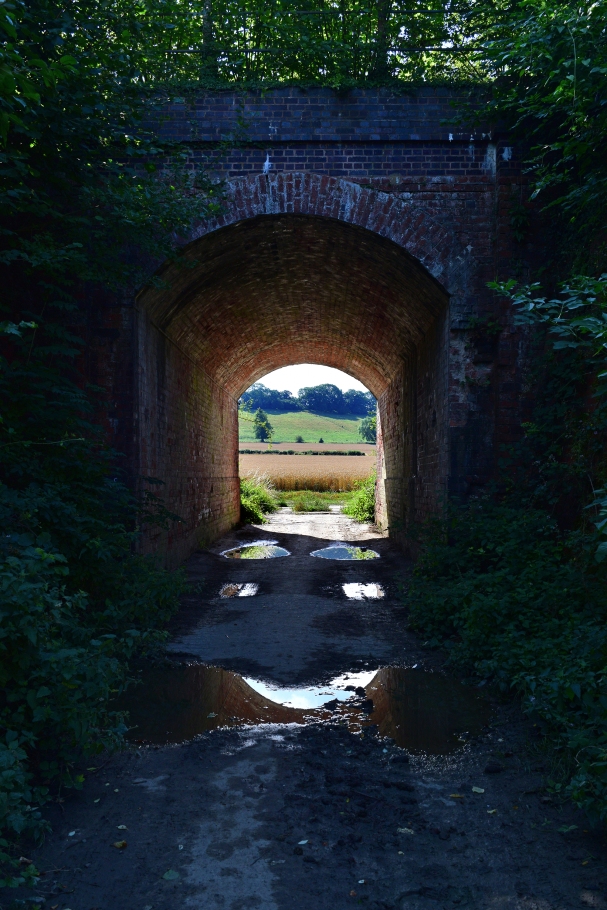 Beyond the arch the whole panorama of the Malvern’s beckons:

There is much woodland on the lower slopes and today I walk along a ridge that meanders between the higher scarps and the valley. Every so often there is a glimpse of the heights above: 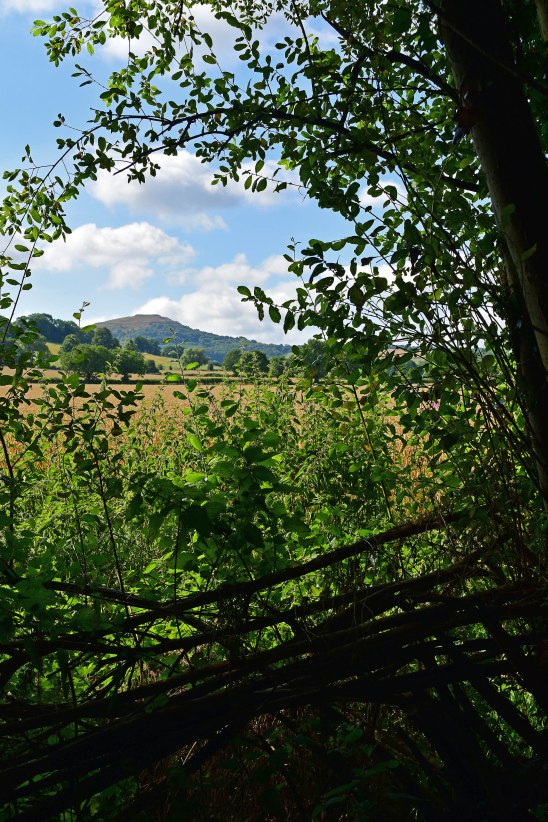 Today such rewards are enough. A friend of mine once planned to write an essay on ‘not climbing to the summit’. How when walking in the mountains it was more respectful and more serene to take a long and varied walk around the central peak, look up in awe from time to time, but never attempt to scale the heights. Well the Malverns are hardly mountains, but this day I take that same approach and content myself with occasional vistas from the woods towards the Worcestershire beacon: 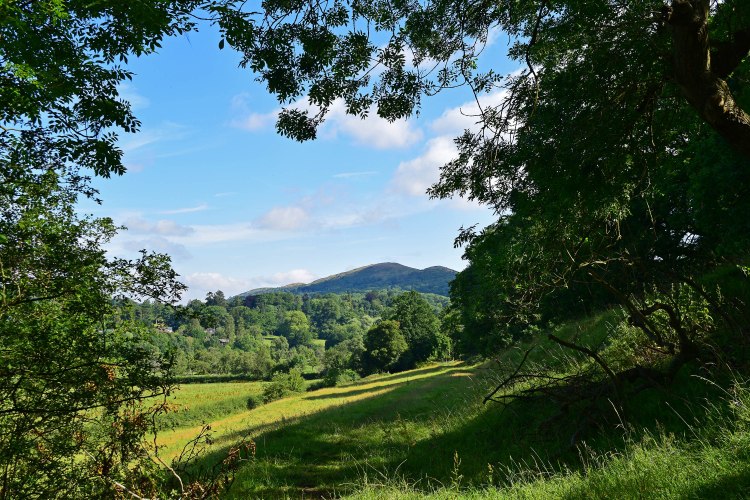 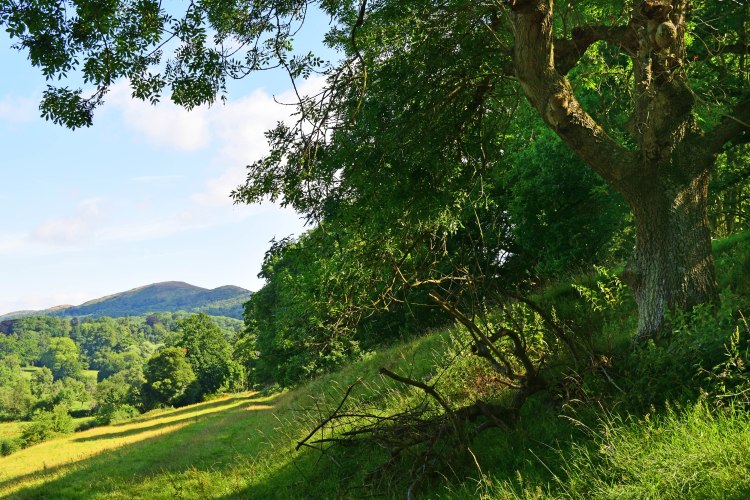