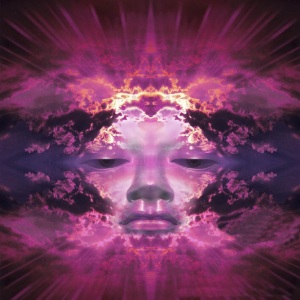 An extract from the editorial for issue 32, due out November 2015, on the cosmic goddess

I believe that the modern goddess image is not primarily a figure to be worshipped, but a symbol that embodies a vision of the entire cosmos that is deeply, desperately needed in this age. In turning our hearts to the goddess, we are turning towards a sacred cosmos, in which each object and event is intimately connected to an interwoven Whole. This interwovenness, or interconnectedness, or ‘interbeing’ as Zen Master Tich Nat Hanh styles it, is a vision of life that in past ages was felt and known ‘in the blood’ without needing to be articulated. But it is a vision that, since the Renaissance, western culture has gradually, and disastrously, lost touch with. And, of course, before the modern era in the West, the sacred cosmos was seen as essentially theocentric. So in these times there is a deeply felt need to turn back to that living interwoven cosmos, but also, for many, to revision the universe in a way that is luminously sacred but not theocentric, not created by a ruling God. In doing this many people have received inspiration from Mahayana Buddhism, especially perhaps the Chinese Hwa Yen tradition, based on the Avatamsaka sutra. The Hwa Yen makes it clear that the interwoven Whole which is implicated in every discreet phenomenon is none other than the totality of the conditioned arising taught by the Buddha, seen via a visionary synthesis rather than the more usual ‘via negativa’ of eradicating the illusion of a fixed self. To know the conditioned in this way is simultaneously to know the unconditioned. But equally, in developing this new/old sacred world view, a revisioning of the pagan pre-Christian traditions of the West has been important to many. And this is where the goddess comes in.

Imagine a universe in which each event, each thought, each object is intimately related in a web or matrix of connections to every other phenomenon; in which consciousness in its absolute dimension, not bound by time or space, the deepest level of our human values, is seen as implicated in the being of all material things. One might picture such a cosmos as a vast, luminous shimmering web, or a network of living jewels or mirrors, reflecting both the superabundance of organic life and the most fertile dimensions of human wisdom. This, I believe, is what people are turning to in their hearts when they become fascinated with the goddess image. Furthermore, as the  celebrated wrier about the goddess, Anne Baring explains in Urthona 32, feminine images have come to the fore because it is an overvaluing of certain qualities of analytical thought, traditionally seen as masculine, that has led us away from this image. We now need not just a science of ecology applied to the biological world, but an ecological vision applied to the entire cosmos, one which transcends the distinction between the sciences and the humanities. The patroness or guardian of this ecological vision is the all powerful goddess of life, fertility and nature mysteries in her many guises.

Different people, of course, have turned to different to traditional images as best embodying this ecological vision. As we explore in this issue both Isis and Hekate from the Mediterranean world have much to offer. Buddhists may turn to these figures, or Celtic goddesses and make them their own. Or they might choose to focus on figures from the East such as the female Bodhisattva Tara, much beloved in Tibet. And from China, Kwan Yin, enlightened Lady of compassion and succour for the afflicted, is a very attractive archetypal figure. Jan Osborne has written for us a fascinating and sensitive study about her many attributes.  Watch this space for news of publication…

2 thoughts on “PROTASIS: The Cosmic Goddess”